Lynis is a security auditing tool developed by CISOfy. It is compatible with Linux, macOS, and *NIX systems. The tool can be used to align operations to conform with data security requirements of HIPAA, ISO27001, PCI, DSS as well as system hardening.

This article assumes that you are using a Linux distro such as Ubuntu, and that you have sudo rights on the system.

Use it without having to install (You’re gonna need Git)

And many more. You can see the scan result for my personal computer below. 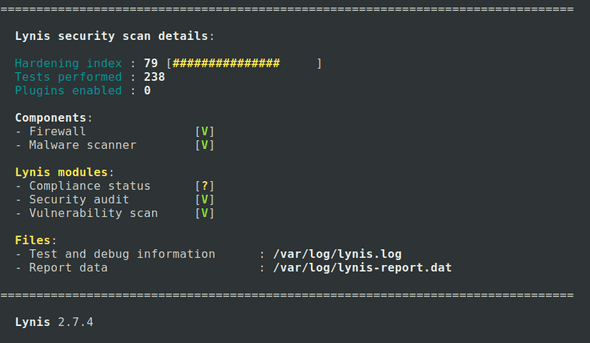 Keep in mind that prevention of compromise will eventually fail, but with the right knowledge you can stop attacks when they occur